Obstetricians at Antoine Béclère University Hospital in France have recorded the first baby successful birth from a new egg freezing technique. The mother (anonymous) had frozen eggs five years ago, after being diagnosed with an inability to reproduce due to cancer.

According to Dr. Michaël Grynberg, the doctors at the hospital were not sure that the number of eggs could still be fertilized and developed into an unborn baby through such a long freezing period and considered this a “surprising surprise delight”.

After being diagnosed with breast cancer and required to undergo chemotherapy at the age of 29, Jules’ mother – a baby born with a new method – was advised to conduct frozen egg storage due to concerns over the impact of anticancer drugs to fertility.

Doctors have ignored standard in vitro fertilization, fearing that the hormones that stimulate the ovaries will worsen cancer. In addition, patients also refuse to remove and refrigerate some ovarian tissue although it can be re-implanted into the body when the patient recovers due to anxiety about the invasion of this method. 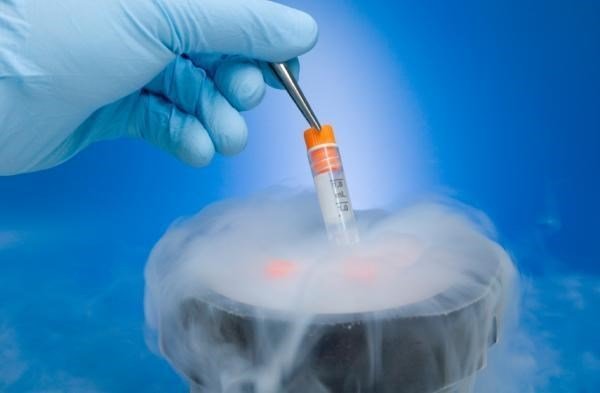 In the end, the patient chose an immature egg culture method. Specifically, immature oocytes in a patient’s ovaries will be collected and cultured in a laboratory for 1-2 days before entering vitrification. In that case, the egg cell will be quickly frozen with nitrogen to reduce the risk of ice crystals forming and damaging the cell.

After treatment, the patient is completely cured but loses natural fertility and returns to the hospital to perform assisted reproduction. Accordingly, the medical team at the hospital performed “defrost” 7 egg cells and 6 cells eligible for fertilization. Of these 6 cells, after being injected with sperm, only 1 single egg develops into a healthy embryo. As a result, the baby was born healthy on June 6, 2019. This 34-year-old woman became the first person in the world to have a baby by freezing immature eggs.

While the new method may not be completely effective, according to Dr.Grynberg, it is still a way to try it for women who have tight choices, such as cancer patients. The doctor also revealed two more cases, one with breast cancer and one with lymphoma, who became successful thanks to this method.

At the moment, the medical team at the hospital is working hard to increase the effectiveness of the new method and hopefully upgrade the laboratory embryo culture tools.