The star Adèle Haenel and many left with frustration after Roman Polanski won the Best Director award at this year’s César Awards.

César is a film award equivalent to the French Oscar. During the 45th ceremony held on February 28th in Salle Pleyel, Paris, the awards ceremony experienced a rare situation.

When Roman Polanski – the director who was criticized for pedophile – was named best director for An Officer and a Spy, many people, including director Céline Sciamma and actress Adèle Haenel, immediately left.

Haenel alone – who received the nomination for Best Actress with Portrait of a Lady on Fire – was also angry. She exclaimed, “What a shame!”, Before walking away from the guest seats. The moment was immediately recorded and posted by the international press.

And yet, the star born in 1989 then posted on Instagram the message: “Disgusting”. The French press said that Haenel reacted so strongly because she had been sexually harassed by a director at the age of 12. “She’s disgusting people like Polanski,” a Twitter account commented. 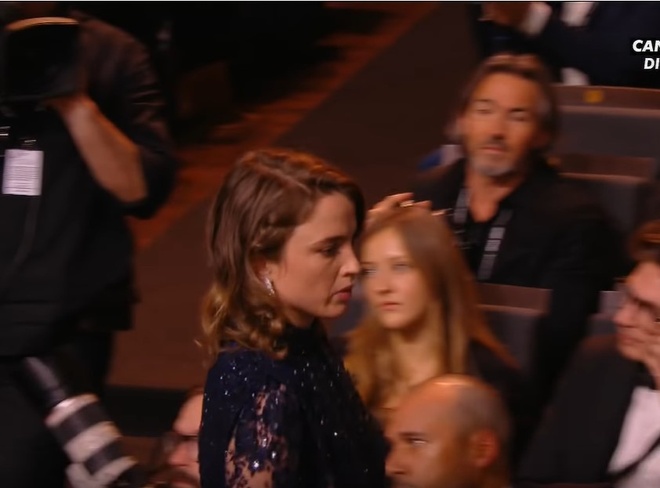 Before the awards ceremony, many protesters gathered outside Salle Pleyel to protest when Roman Polanski received the nomination.

Roman Polanski was born in 1933 and is a senior director in Hollywood. He is the author of many classics such as Rosemary’s Baby or Chinatown. In the early twenty-first century, the 87-year-old filmmaker won the Best Director award at the Oscars for The Pianist.

However, Polanski’s career was miserable when he was convicted of raping a 13-year-old girl in 1977. The pedophilia caused a stir among public opinion and caused the filmmaker to live a wandering life in Europe until to this day.

In addition, the veteran director faced another charge of raping Valentine Monnier when the actress was 18 years old.